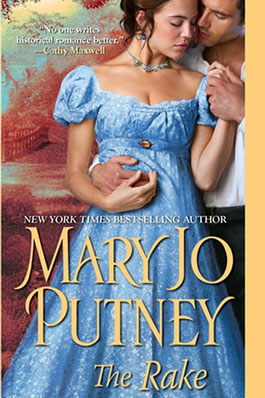 The RITA winning, all-time classic romance of devastation and redemption.

A man's past doesn't have to map his fate, especially when a woman holds the key to his destiny in this timeless novel by New York Times bestselling author and legend in historical romance Mary Jo Putney. . .

Known as “the despair of the Davenports,” Reginald Davenport lived a reckless, rakish life while waiting for his hated uncle to die and leave Reggie an earldom.  Then the rightful heir claims the title and property and offers Reggie one last chance: Strickland, the estate where he was born and the site of his greatest joys and sorrows. Reggie returns to Strickland, resolving to build a healthier, more honorable life—if he can.

Young Alys Weston fled her home in despair, vowing never to trust another man.  Over the years, she’s built a good life with a foster family and a position as steward of Strickland.  She uses her skills to help her people, and her initials to convince the elderly earl who owned the state that she’s male.

Then the new owner appears in all his dangerous masculinity and threatens everything Alys holds dear.  Good resolutions crumble when two passionate, complicated people are drawn together despite their best judgment.  Can love lead to redemption and trust?   Or is it too late?

An enduring classic...a towering landmark in romantic fiction that is quite simply the best of the very best.

…one of the finest historical romances ever written.

The Rake has Major Keeper written all over it.

~All About Romance, Desert Island Keeper 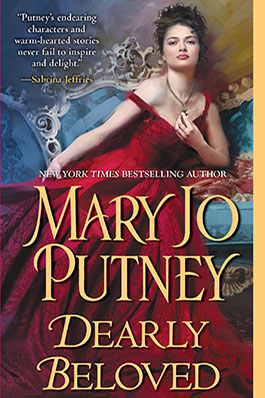 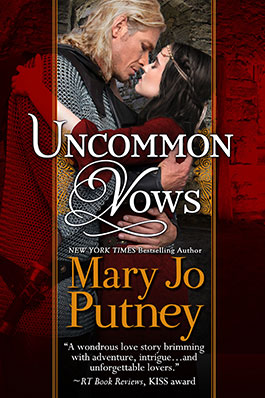 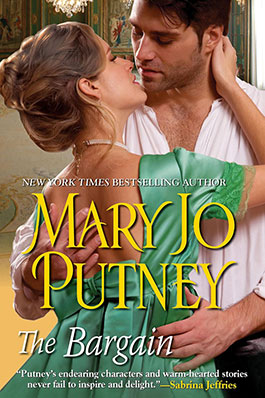 Excerpt from the new edition published by Topaz, April 1998 .

In this excerpt, the heroine, Alys, is checking up on Reggie after he has behaved very badly.
Alys took the prepared tray and entered the library. Reggie was a lean, silent shape slouched in his favorite chair, half turned away from her. The room was too shadowed to see his face, but his clothing was neat. With luck, he had not availed himself of the liquor cabinet. She set the tray on a table to the left of the door and said quietly, "Are you still among the living?"

His head turned in her direction. After a lengthy silence, he said in a slow, rusty voice, "I've read of penguins that jump around on an ice floe, trying to decide if there are sharks in the water. Eventually they push one of their number into the sea. If the sacrifice isn't eaten, they all dive in. You, I assume, are the sacrificial penguin."

She had to smile. Obviously there was some life in the old boy left. "I've been called many things in my life, but never a sacrificial penguin. How did you know there was a committee outside trying to decide what to do about you?"

"Occasionally the door would open, very quietly, then close again."

"After they had determined that the shark was still lurking here." Without asking if he wanted any, she poured two cups of tea, with heavy dollops of milk and sugar in Reggie's cup, then went and put it in his hand.

Close up, he looked dreadful, with haunted eyes and a gray tinge to his dark skin. As he stared at the dainty cup, she said helpfully, "It's called tea. People drink it. It's the British cure for whatever ails you."

He smiled faintly, then raised the cup and took a deep swallow. "In that case, you had better order a larger pot."

She winced at the sight of his lacerated knuckles. He must have smashed his fist into something very hard. The wall, at a guess. Later those wounds must be tended. But for now, the physical was less important than the mental. She set the tray next to him and took the opposite chair, then proceeded to select a substantial supper for herself. "Rumor has it that you haven't eaten in twenty-four hours. Food might help. I'm told the roast chicken and the pickled mushrooms are particularly good tonight."

Slowly he filled a plate and began to eat while Alys periodically topped up the teacups. She was just finishing a portion of Ripon pudding when Reggie said abruptly, "How much do I have to apologize for?"

"No, but Mac implied rather strongly that I have a lot to answer for where you are concerned."

Alys sipped her tea and considered. Her lingering anger had largely dissipated at the sight of Reggie's haggard face. Clearly he had gone through hell and she sensed that he had also crossed some kind of significant mental frontier. "You were drunk and amorous," she said at last, deciding on honesty tempered with discretion.

"It was a near run thing for a moment," she admitted. "You refused to take no for an answer and cornered me, so I threw a few books at you."

"Bloody hell." His face sank behind one hand. "Thank God you are a most redoubtable female. I have enough to feel guilty about." He sighed heavily. "I seem to spend a lot of my time apologizing to you, Allie. For what it's worth, I regret most deeply what happened."

"I think we're about even," she said pensively. "The volume of French plays that I threw into your stomach didn't do you much good."

He raised his head at that, and in the dusk she could see a faint smile. "Too many French plays could give anyone a bellyache."

She was glad to hear more life in his voice. Reggie without a sense of humor was a terrifying thought.