A man who has lost his honor has nothing. . .

As a Royal Navy officer, Lucas Mandeville, Lord Foxton, has fought his share of battles on the high seas, followed by long years of imprisonment. But on this night he’d rather be on the burning deck of a ship than in this ballroom, where it is just a matter of time before someone calls him out for what happened on the Continent.

A woman who has lost her reputation is nothing. . .

When dark-haired beauty Kendra Douglas arrives, a whisper of scandal ripples through the ton. The disgraced divorcee’s entrance is an act of daring. Which is exactly why Lucas asks her to dance . . .

A couple who stand together has everything. . .

Seeking redemption for his past, Lucas offers Kendra his aid in finding the evidence to regain her good name—and her beloved young son.  Together they investigate the wicked conspiracy that destroyed her life, and in the midst of danger they find a deep and unexpected love--if they can live long enough to build a future together.

Putney’s dramatic historical is filled with scintillating romance and tense danger....a believable, sensuous romance built on true friendship. With this emotional romance, Putney again proves why she’s a star of the genre. 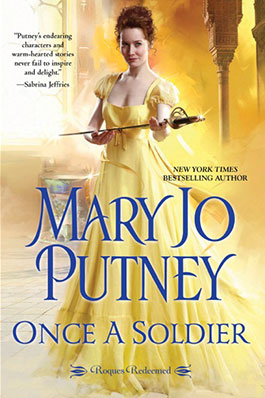 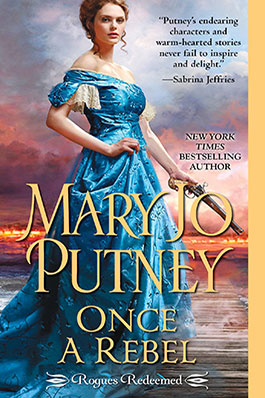 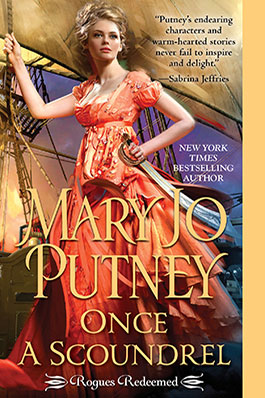 Lucas Mandeville hesitated at the entrance to the ballroom and thought of cannonballs crushing masts and setting sails ablaze. Bellowing sailors and hand-to-hand combat with pistols and cutlasses. In his Royal Navy days, he’d fought his share of sea battles with the French, had almost died in one. And he’d rather be on a burning deck than in this ballroom.

But he’d made a private pledge to do his best to reestablish himself in the world he’d been born into despite the number of people who would give him the cut direct, or worse. He cast his mind back to his one youthful season in London, when he was an eager young midshipman. He’d enjoyed the balls and dancing and flirting with pretty girls. Surely he could do that again.

Lucas arranged his face into a calm he didn’t feel and stepped into the ballroom. His hosts, Lord and Lady Clanton, greeted him. The lady offered him a friendly smile. Her husband’s expression tightened but he didn’t spit in Lucas’s face. He managed a civil nod and said, “Foxton,” though he didn’t offer his hand. Probably his wife had told him to behave because Lucas had a title, a substantial fortune, and the Clantons had two unmarried daughters.

Lucas greeted his hosts politely, then joined the throng. He’d attended some social occasions with his cousins Simon and Suzanne Duval, but those had been smaller groups whose guests were carefully chosen to be tolerant of Lucas. The people he’d met at those events were the sort who accepted that between the absolutes of white and black there could be many shades of gray.

He greeted several people he’d met at Duval House and they returned his greetings amiably. So far, so good.

He eyed the dancers, his foot tapping. His dancing had been very rusty, but Suzanne had given him lessons before hosting a small dining and dancing party where he could practice. His missteps had been laughingly forgiven by his partners. By the end of the evening, he was able to hold his own on the dance floor.

Now it was time to put his regained skills into practice. He asked a married woman he’d met at his cousins’ home to dance. She accepted and they both enjoyed it. Then another dance with another woman he’d met at the Duvals’.

The long dance ended and his partner thanked him with a smile before returning to her husband. He was looking around for another partner when a collective gasp of shock rippled across the ballroom.

He turned and saw a woman in black stride through the crowd. Her raised head and erect posture made him think of queens. Cleopatra facing the ruler of the Roman Empire. Elizabeth the Great rallying her troops against the might of the Spanish Armada.

Mary Queen of Scots advancing to the scaffold.

Dead silence fell and the music faltered and stopped. Then the whispering began. “How dare that female show her face here!” a woman hissed. “A divorcée! An adulteress!”

“They say Lady Denshire lay with four of her husband’s friends,” another woman whispered avidly.

The first voice said, “Only three. My husband was there when they testified in court!”

“Scandalous!” another woman said with fascinated horror. “An utter disgrace!” The whispering continued as the guests melted away, leaving the woman in black alone in the middle of the dance floor.

The dim lighting showed that Lady Denshire was graceful with dark chestnut hair and her head raised high. In the lift of her chin, Lucas saw pride, anger, defiance, and terror. She was a female version of himself, in fact, and he saw her posture change as defiance was assaulted by fear and humiliation.

She slowly turned, her gaze sweeping over the retreating guests as if looking for a friendly face. She was beautiful and haunted and desperately alone.

On impulse, he crossed the empty ballroom and smiled at the woman in black. “I’m Foxton, Lady Denshire. Though we haven’t been formally introduced, will you join me for a waltz?” On that last word he shot a commanding glance at the musicians. The leader nodded in relief to have some direction and the quartet struck up a waltz.

She froze, looking like a deer ready to take flight. “Why do you want to dance with me? I am a pariah.”

“I’m something of a pariah myself,” he said peaceably, “and I was not put on this earth to cast stones.” He extended his hand again. “Waltz with me.”